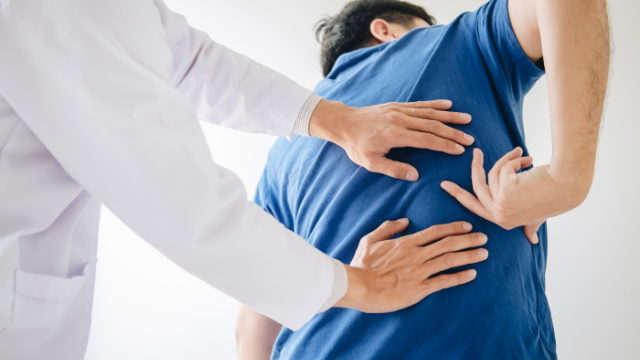 Low back pain (LBP) is one of the most common health conditions, as about 65-80% of adults will experience it at some point in their lifetime. Many treatment options are available for LBP, and as a result, there is significant variation in how these patients are managed. Physical therapy has long been regarded as an effective treatment for patients with LBP, but some disagreement exists regarding its benefits, and not all international guidelines recommend it. In addition, evidence on the use of physical therapy for an acute episode of LBP—meaning it’s lasted for less than four weeks—is mixed. For these reasons, a study was conducted to evaluate the relationship between physical therapy and the use of other treatments for patients with back pain. The study particularly focused on the timing of therapy and if seeing a physical therapist sooner rather than later had an impact on their use of other healthcare services.

The researchers looked through a large database to identify the medical records of patients over the age of 66 who received treatment for LBP over a one-year period. This process led to a total of 431,195 patients being included in the analysis. Once these records were collected, patients were primarily grouped based on the amount of time between their first visit with a doctor for LBP and their first physical therapy visit. The acute treatment group consisted of patients who saw a physical therapist within four weeks, the subacute treatment group saw a physical therapist within four weeks to three months, and the chronic treatment group did so in 3-12 months. For each patient, the researchers counted the episodes of surgery, injections, and back-related doctor visits that occurred after the initial doctor visit to determine if there was an effect of the timing of physical therapy.

These findings suggest that patients who start physical therapy within four weeks of seeing a doctor for LBP are likely experiencing improvements, and therefore do not need to continue seeing a doctor or have other treatments like injections or surgery. Although it was not discussed in the study, this can also mean lower costs for patients, as surgery is an expensive intervention that may only lead to similar outcomes when compared to physical therapy. For these reasons, patients with LBP are strongly encouraged to see a physical therapist, preferably as soon as possible. Following this route will increase their chances of experiencing a successful outcome while avoiding other risky and expensive interventions. Patients should also consider seeing a physical therapist now in order to get the most out of their healthcare plan. As the year winds down, it’s recommended that everyone with a health insurance policy reviews it and checks on the current benefit status. For those who have already met their deductible or out-of-pocket maximum for 2019, co-pays will likely be lower or non-existent on physical therapy visits for the rest of the year, before deductibles renew on January 1, 2020.

-As reported in the April ’12 issue of Spine