Foot & ankle injuries are a common problem for active individuals 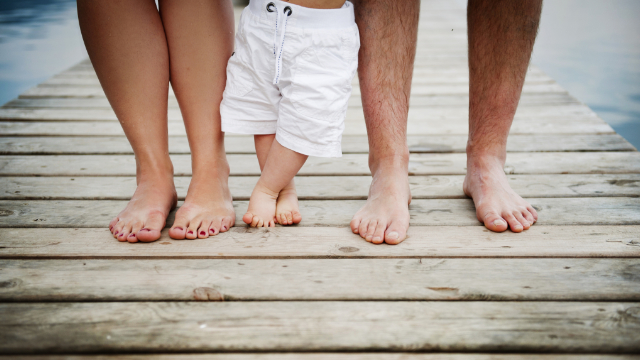 Over time, exercise and physical activity tend to strain certain areas of the body to the point of pain, and this distribution is not equally divided. While the region that’s affected has much to do with the activity being performed, there are some spots that just seem to carry the brunt of the load no matter what.

The feet and ankles clearly fit this bill, as they are some of the most common locations for injury throughout the body. Problems arising here can occur in anyone, but those who keep an active lifestyle are far more likely to be affected than others. This is apparent across the age spectrum, as foot and ankle injuries are seen frequently in children and then remain prevalent into adulthood, with some people experiencing the same issues in the long term.

Understanding a few of the most common foot and ankle injuries at different ages is helpful, as it can prepare you to identify the signs of a problem and learn how to respond appropriately.

Children and adolescents often tend to have a seemingly never-ending supply of energy, some of which is spent on sports and exercise, among other things. The high participation levels in sports and the generally active habits of kids are the primary reasons foot and ankle injuries occur so frequently. But in addition, children’s bodies are still growing and have not yet fully developed, which increases their risk for injury even further. Below are some of the injuries that are most likely to be seen in this age group:


Some problems remain common, while other new ones arise later in life

Foot and ankle injuries remain problematic later in life, too. Growth plate injuries are no longer a possibility since the plates are fully developed by adulthood, but a number of other issues become more likely in older age and repeated trauma to these regions. Among those are the following: